The newly built part of the existing terminal at Belgrade Nikola Tesla airport is opened for operations increasing the airport capacity, passengers’ comfort and process efficiency.

With a surface area of 13.600 m2 it provides additional 8 contact gates with boarding bridges and 5 gates for remote aircraft stands totalling to 19 gates on terminal C side. The entire new area has been designed in line with the best practices and standards of VINCI Airports company, in terms of materials, colour palettes, signage, equipment and other architectural and interior design elements. In parallel with this terminal expansion, the works on the first phase of the apron C extension of almost 27,000 m2 were completed, with 4 completely new positions for aircraft parking out of which one is for the wide body aircrafts. 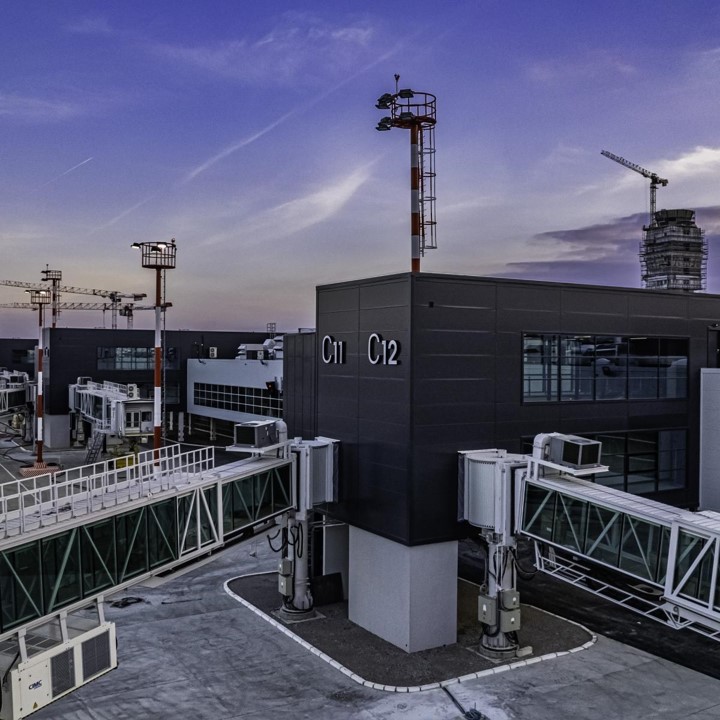 By achieving this major milestone many improvements are introduced at Belgrade Nikola Tesla Airport for the 1st time. Open space boarding gates concept is achieved thanks to the new centralized security systems now positioned in front of the passport control, additional roof corridor enables segragation of the departing and arriving passengers, and travellators are placed to ease and speed up the passenger’s movement.

‘’Opening of the new terminal extension and accompanying traffic infrastructure will significantly improve our airport’s efficiency and level of service for passengers and partner airlines. I look forward to seeing passengers experiencing first-hand new standards of comfort and service quality, in line with the best practices of our parent company VINCI Airports. With the ongoing airport modernisation project our aim is to make Belgrade Nikola Tesla Airport a new regional hub,” said Francois Berisot, BELGRADE AIRPORT CEO. 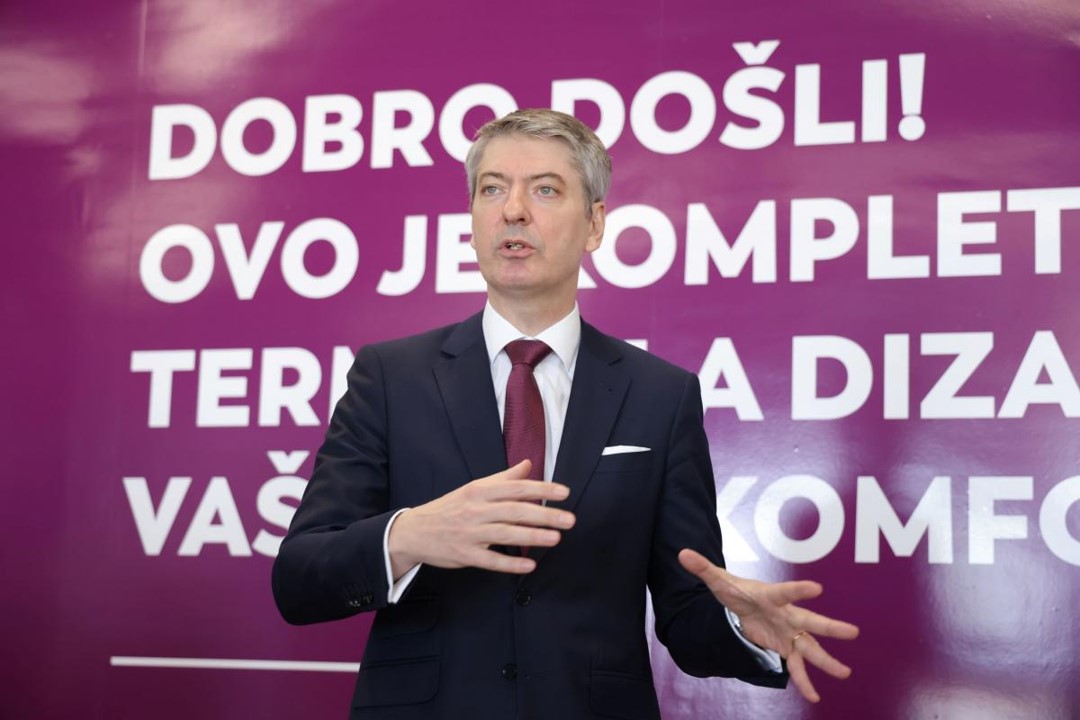 This extension is a part of the bigger, ongoing modernisation and expansion of the airport terminal as the plan is to create a total of more than 92.500 m2 area with centralized security control, additional check-in counters and a variety of new leisure, lifestyle and commercial facilities.

The whole concession project also puts a strong focus on sustainable business, in accordance with the global policy of VINCI Airports aiming to reach zero emissions by 2050. Construction work on the solar plant has been completed, and once put in production it will provide 1.200.000 kWh of clean energy per year (equivalent to 80 households).

The aim of the solar plant is to use electricity obtained from renewable sources to supply power electricity consumers within the airport complex. The project was carried out on 15.077m2 surface area plateau used for the installation of solar energy elements and 3.000 photovoltaic modules. 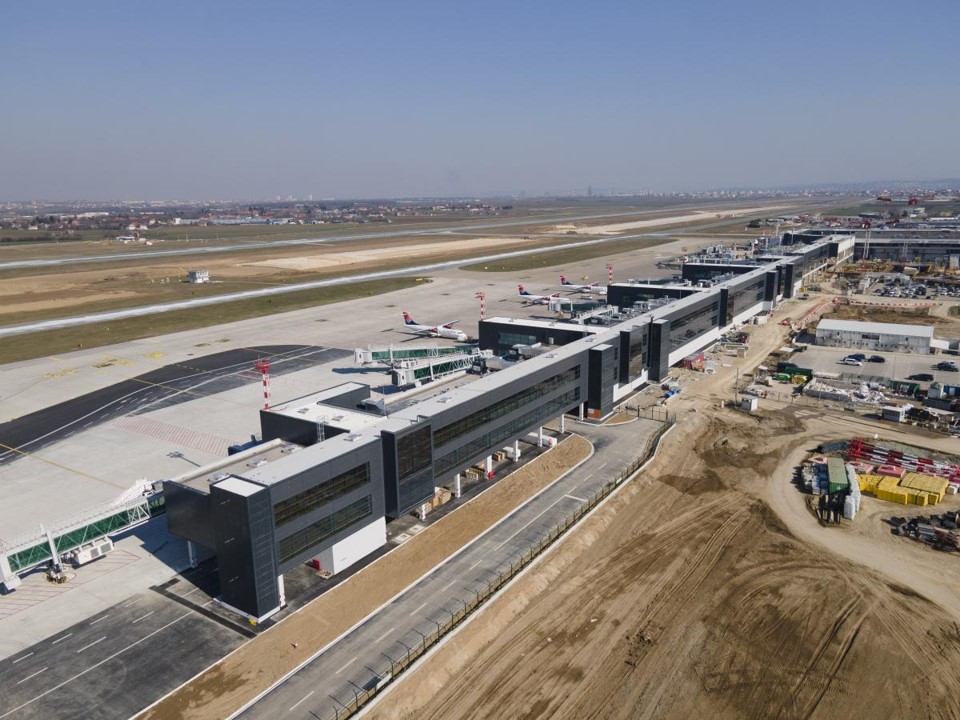 Building on these achievements, VINCI Airports will complete the major modernization works in 2023, including passenger terminal extension, new access roads and parking lots, new boarding bridges and gates, the construction of inserted runway and the complete renovation of the existing runway. These works will allow reaching a total capacity of 15 million passenger annually by the end of the concession period in 2043.