The Board of Commissioners of the Port Authority of New York and New Jersey have approved a public private-partnership agreement with JFK Millennium Partners – including JetBlue Airways — to build a new $3.9 billion state-of-the-art Terminal 6 at JFK International Airport.

The new terminal, which will connect to JetBlue’s Terminal 5, will create an anchor on the north side of the airport. Originally set to break ground in 2020, the project was threatened by the impact of the COVID-19 pandemic on air travel and the uncertain future of the industry. The restructured deal approved today marks a significant step forward in the plan to transform JFK into a unified 21 century global gateway. All of the $3.9 billion cost to build the new terminal will be privately financed by JMP. This private investment is a testament to the partners’ commitment to the future of JFK and New York.

The agreement to move forward with Terminal 6 comes as JetBlue has further reinforced its commitment to New York with this week’s announcement that the airline’s headquarters will remain in Long Island City, Queens after mulling a departure out of state.

With today’s Board approval, the Port Authority will finalize and enter into a lease agreement with JMP for the construction of the $3.9 billion, 1.2 million square foot new terminal. The full $3.9 billion expense of building the terminal will be privately financed by the JFK Millennium Partners consortium. It will be built on the sites of the former Terminal 6, which was demolished in 2011, and the aging Terminal 7, which will be torn down after British Airways relocates to Terminal 8. 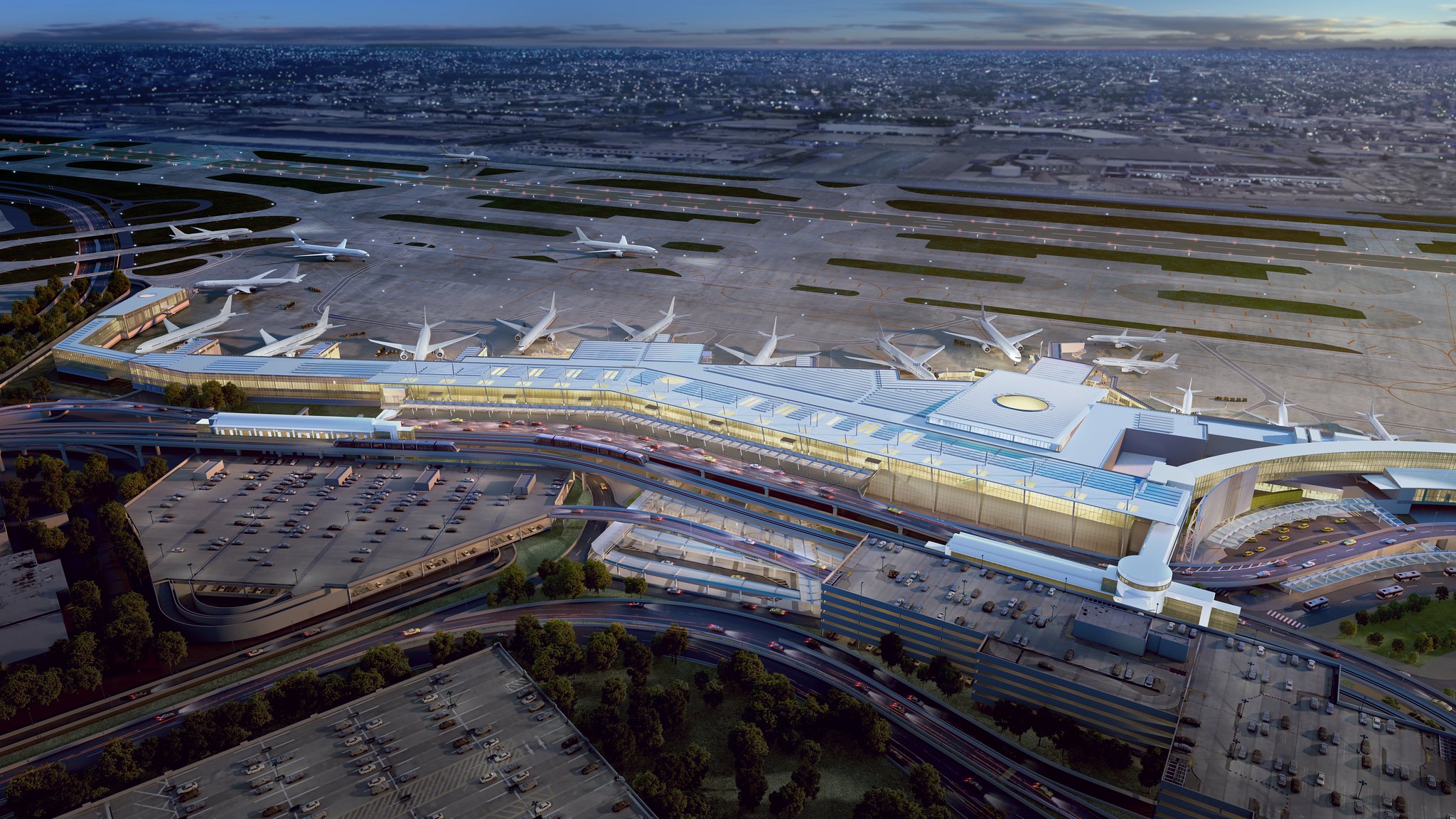 Port Authority Executive Director Rick Cotton said, “The action taken today by the Board of Commissioners, coupled with the extraordinary private investment pledged to build Terminal 6 at JFK Airport, loudly proclaims the confidence the private sector has in the future of JFK Airport and of our region. At the height of the pandemic, when JFK Airport was seeing an unthinkable two percent of its pre-Covid passenger volumes, we never lost sight of finding a path forward for this world-class terminal. We thank the dedicated Port Authority team and our private partners for their intense work and commitment to turn JFK Airport into the modern global gateway that New York and the region deserve.”

Port Authority Chairman Kevin O’Toole said, “This Board vote to move forward with a new Terminal 6 at John F. Kennedy International Airport demonstrates the commitment of the Port Authority of New York & New Jersey to deliver for our region through some of the most difficult times in our agency’s 100-year history. Moving forward with a new Terminal 6 will create thousands of good-paying construction jobs critical to our recovery from the pandemic, while building the foundation of economic growth for decades to come.”

The new terminal will connect to Terminal 5 and be equipped with capacity for ten new gates, as well as bright and airy check-in halls and arrival spaces designed to enhance the customer experience. Customers will enjoy more than 100,000 square feet of commercial dining and retail amenities, lounges, and recreational spaces. The new terminal will also incorporate the latest advances in both sustainability and security, reflecting the Port Authority’s and the partners’ commitment to customer experience, operational excellence, and a uniquely New York sense of place.  Construction of the new terminal is scheduled to begin in mid-2022 and the first new gates are scheduled to open in 2025. 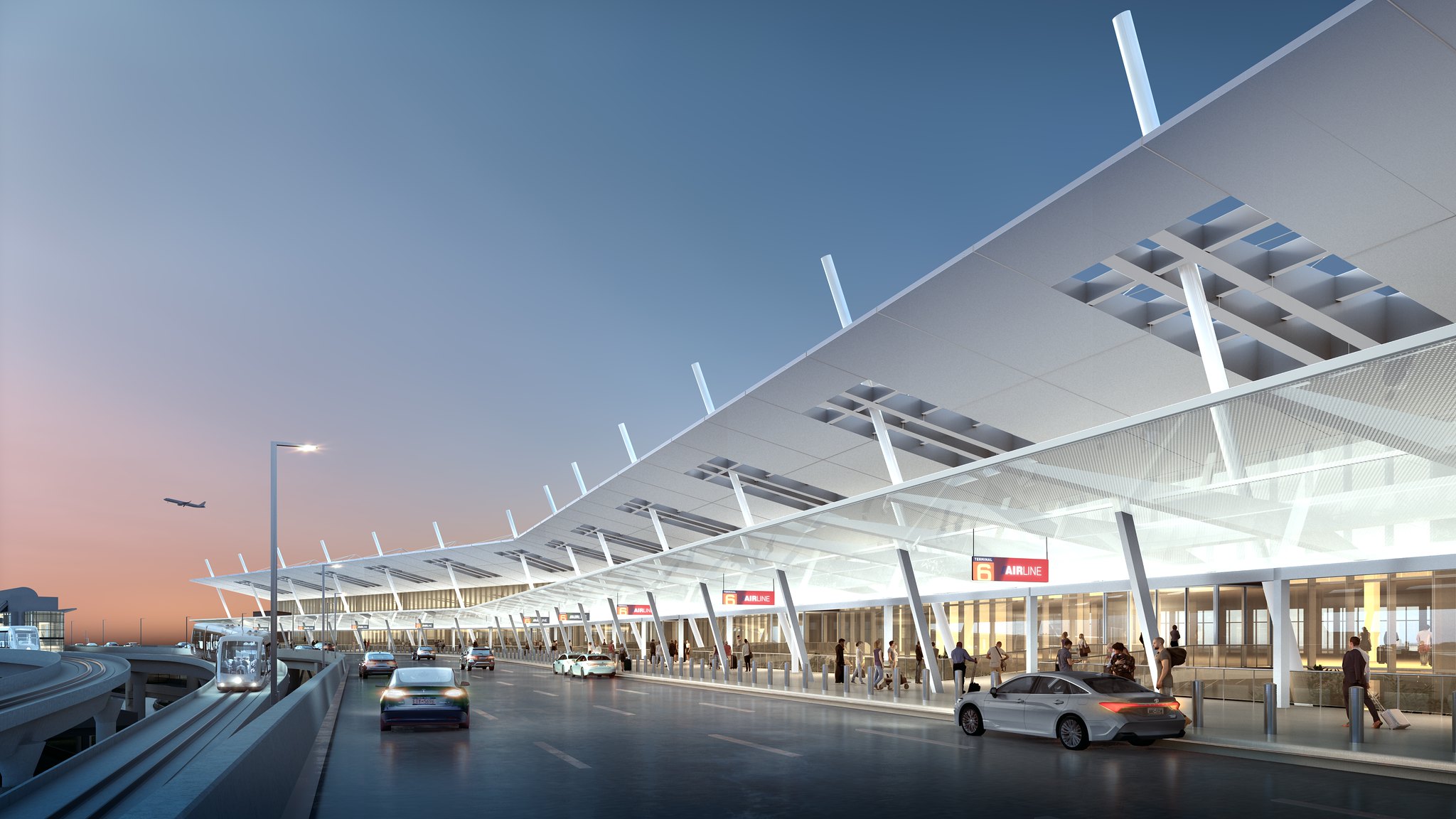 The passenger facilities at the new Terminal 6 will feature significantly larger waiting areas with high ceilings, natural light and modern architecture coupled with interior green space, exhibits and art featuring iconic New York landmarks and local artists. World-class retail, restaurants and bars will include locally-based restaurateurs, craft beverage options and Taste NY stores. Free, high-speed Wi-Fi and an abundance of charging stations throughout the terminals will enable passengers to stay connected at each step of their journey. 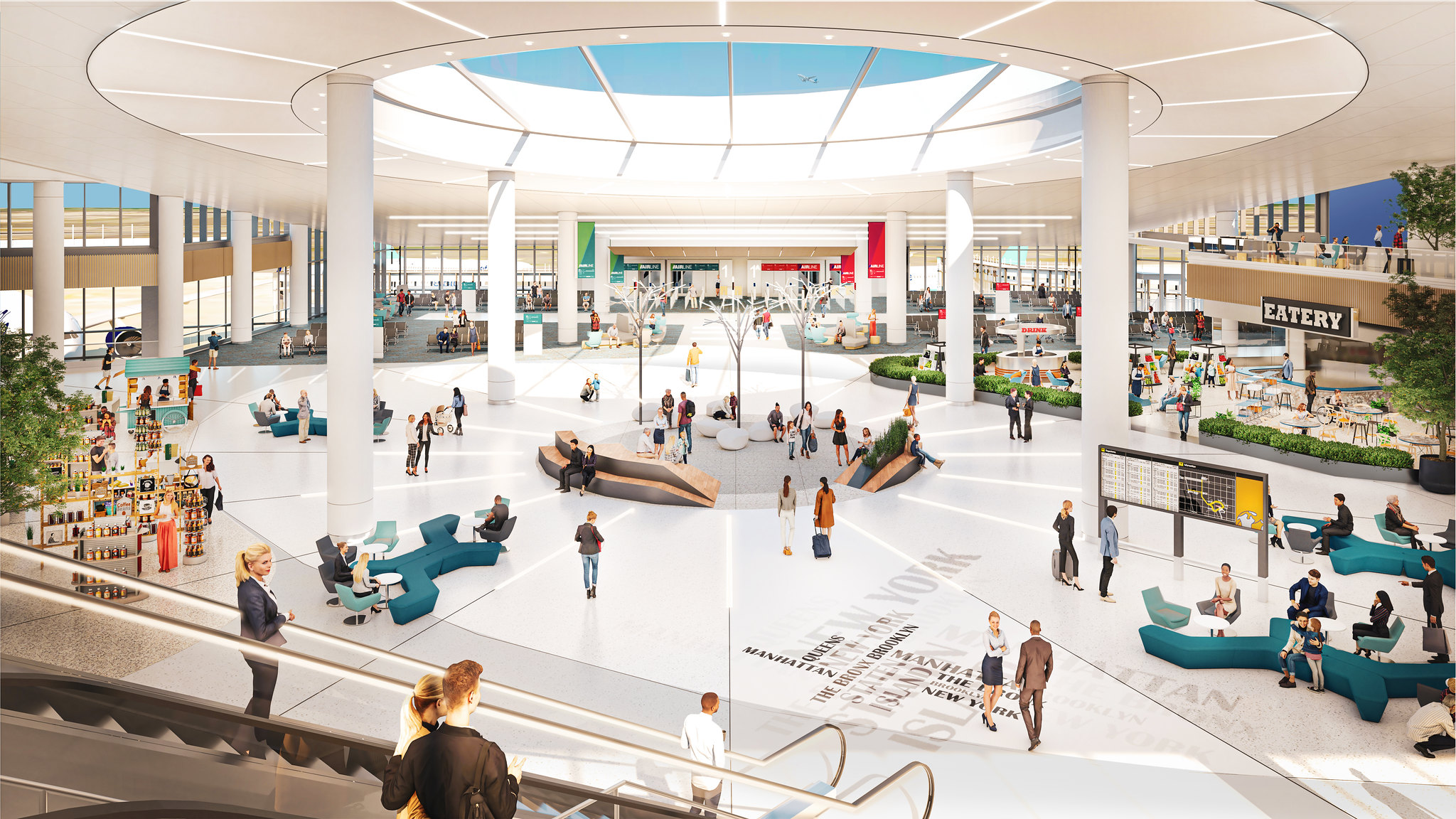 Additional state-of-the-art technology will further improve the customer experience and security in the new terminal and will include elements such as touchless passenger journey, digital systems to streamline the boarding experience and passenger journey throughout the airport, automated TSA security lanes, advanced video search analytics, biometric-based access control systems and a flexible design to accommodate future technology and/or regulatory changes.

Sustainability enhancements will include various carbon emissions reductions through the use of renewable energy technologies such as a solar hot water system, aircraft de-icing and fluid recovery, and electric ground service equipment such as baggage tractors and belt loaders.

The new Terminal 6 will connect to and be seamlessly integrated with the existing T5, including the eventual consolidation of international arrivals facilities. A convenient taxi plaza as well as designated for-hire vehicle pick-up areas with T5.  These changes will not only create a world-class experience for the new Terminal 6 passengers but will also substantially reduce traffic congestion on the T5 road frontage.

Credit: The Port Authority of New York and New Jersey