The ‘Kobe Express’, a container ship owned by Hapag-Lloyd and managed by Anglo Eastern, docked safely and on-time at Tanger Med port in Morocco on June 25 using the Wärtsilä Navi-Port system.

Wärtsilä Voyage’s Navi-Port system is a digital platform that facilitates the exchange of real-time data between ships and their destination ports to allow accurate arrival times. The system exchanges required time of arrival digitally with the onboard navigation system and allows a ship’s speed schedule to be adjusted for a Just-in-Time (JiT) arrival by the clicking of one button, thereby saving fuel and costly waiting time at anchor.

The Kobe Express, a Bermuda-flagged container ship with a carrying capacity of 4612 TEU, docked safely at Tanger Med on the Strait of Gibraltar on 25 June having sailed in from Cartagena in Colombia.

“This is a momentous accomplishment. We have moved beyond pilot and testing projects to real-life applications, and we see this as kick-starting a trend that will make both shipping and port operations more efficient and less carbon intensive”, said Dmitry Rostopshin, General Manager for Ship Traffic Control at Wärtsilä Voyage. 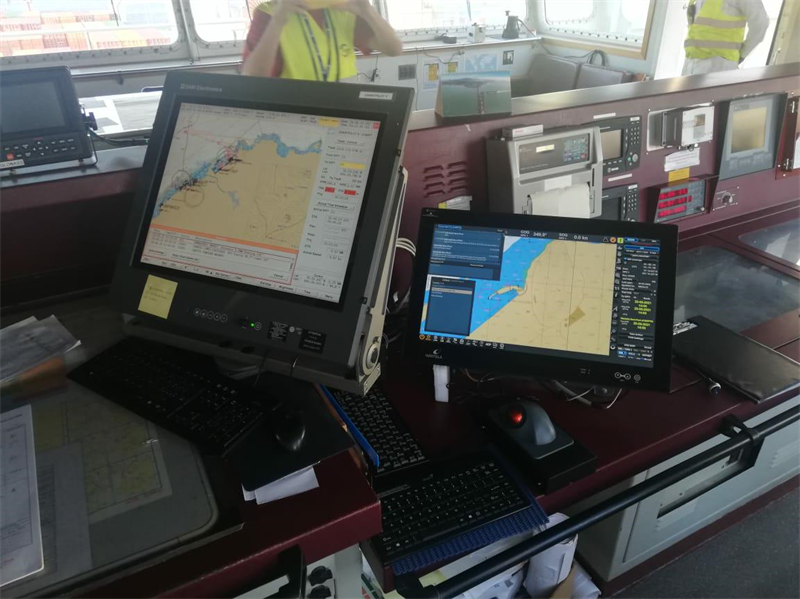 Khalid Samir, Harbourmaster at Tanger Med commented “Tanger Med is committed to providing high-level services to ship-owners and international maritime alliances to ensure calls in the best condition. This is an important milestone in our joint project with Wärtsilä.”

“Anglo-Eastern has partnered with Wärtsilä to digitalise the operations of the more than 600 vessels in our managed fleet. We anticipate that the Wärtsilä technology will speed the execution and planning of voyages and allow us to better monitor fuel efficiency and engine performance for optimal operations. Congratulations to Capt. Kishor Dinde and his crew, and to everyone else involved in this successful digital docking of the Kobe Express,” said Bjorn Hojgaard, CEO of Anglo-Eastern. 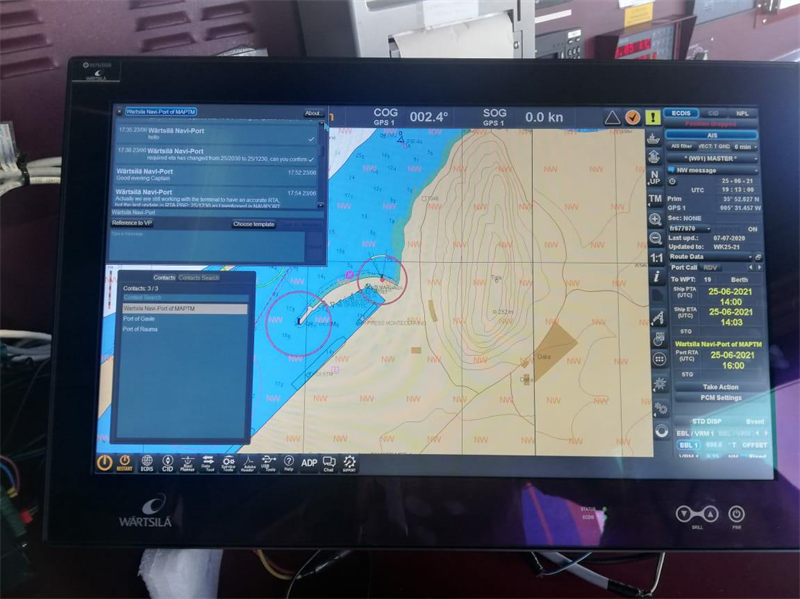 “Technology is moving forward quickly in the shipping industry, and this world-first achievement is evidence that we are entering an era of high efficiency and better environmental performance, which will benefit all industry stakeholders. Congratulations to Wärtsilä and Tanger Med Port Authority for helping to make this happen,” said Ralf Belusa, Managing Director Digital Business at Hapag-Lloyd.

“A number of similar projects are well underway with other leading ports and shipping companies around the world. As the economic and environmental benefits of JiT operations are becoming increasingly clear to the maritime community, so Wärtsilä will continue to invest in developing our innovative solutions which also help to support the IMO’s decarbonisation and GHG reduction strategies” said Bruce Mills, Business Development Manager for Ship Traffic Control at Wärtsilä Voyage.