Wider has laid the keel of its full-custom, 72-metre Moonflower project penned by Nauta Design during an exclusive ceremony in Porto Marghera, Venice.

It is the first full-custom new-build project following the recapitalisation of the brand under Marcello Maggi and W-Fin Sarl, the holding company that owns 100% of Wider’s capital. In addition to the Wider headquarters in Ancona and imminent start of operations at a new facility in Fano, the Porto Marghera site has been chosen for its prime location.

“Venice, a world icon for its artistic beauty and its lagoon, but at the same time with a rich maritime and shipbuilding tradition, has always fascinated me,” says Marcello Maggi. “We chose the production terminal in Porto Marghera precisely because this district contains all the characteristics we were looking for: on the one hand, their strong skills, matured over decades of activity in metal working; and on the other hand, our knowledge of yachtbuilding. We have all the elements to be sure of building a highly technological product that will add to the cultural and artistic allure of Venice.”

Moonflower’s crisp, uncluttered design without fussy or superfluous detailing is a hallmark of Nauta Design. Balanced proportions, seamless outdoor/indoor connections and the extensive use of glass add visual lightness and grace. A highlight of the design is the patented ‘The Island’ feature, an expandable aft deck/beach club with folding bulwark terraces that embraces three sides of the transom. 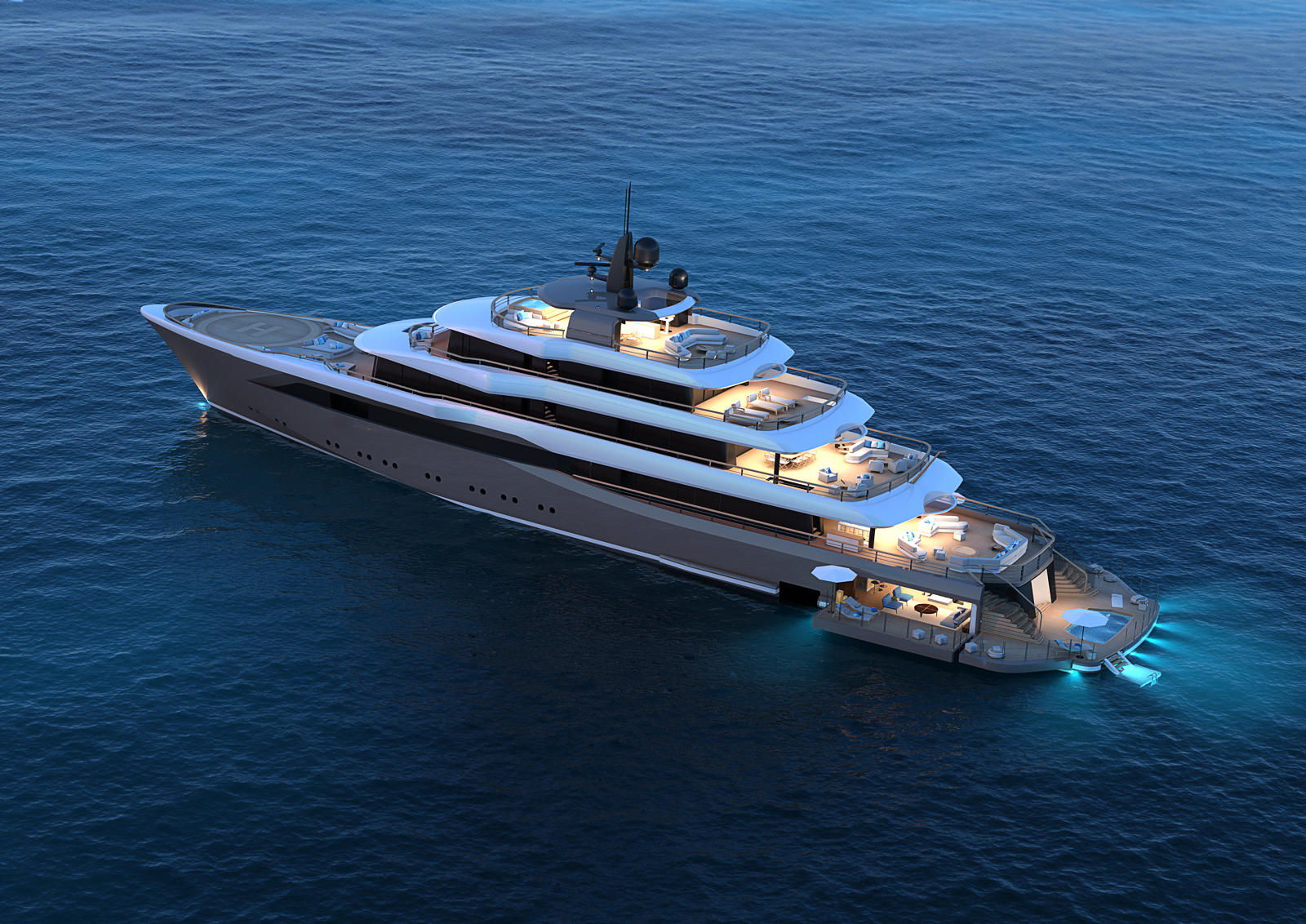 The Moonflower 72 will be equipped with Wider latest generation of hybrid propulsion system comprising just two variable-speed generators supplied by MAN Energy Solutions of 1,860kW each and a sodium nickel battery bank of approximately 1MW from FZSoNick.

Moreover, considerable attention has been paid to the recovery of energy dispersed in the form of heat from the electrical propulsion system, as well as optimising the operation of the onboard amenities to increase efficiency.

Moonflower 72 is scheduled for delivery in 2025.