British Airways has flown a Boeing 777-200 aircraft loaded with emergency aid to Delhi to support the Indian government.

The airline commissioned a special project team to organise the flight, which departed on Wednesday May 5 at 5pm (BA257F), landing in Delhi at 5.45am (local time) on Thursday May 6. The aircraft is loaded with more than a thousand items from the High Commission of India and charities including Khalsa Aid International and the largest Hindu Temple outside of India, BAPS Shri Swaminarayan Mandir, in Neasden, London. The load includes hundreds of urgent life-saving oxygen cylinders and shipments of oxygen concentrators, respirators and blood oxygen saturation monitors.

Sean Doyle, British Airways’ Chief Executive and CEO, said: “The British Airways family has been deeply affected by the terrible scenes in India of the deepening humanitarian crisis that has impacted the lives of many of our people. We are fortunate to be in a position to help transport aid and I am so proud of the volunteers from across the airline and IAG Cargo who have stepped up to make this happen. We continue to stand with our friends in India as the country endures one of the worst crises it has ever known.” 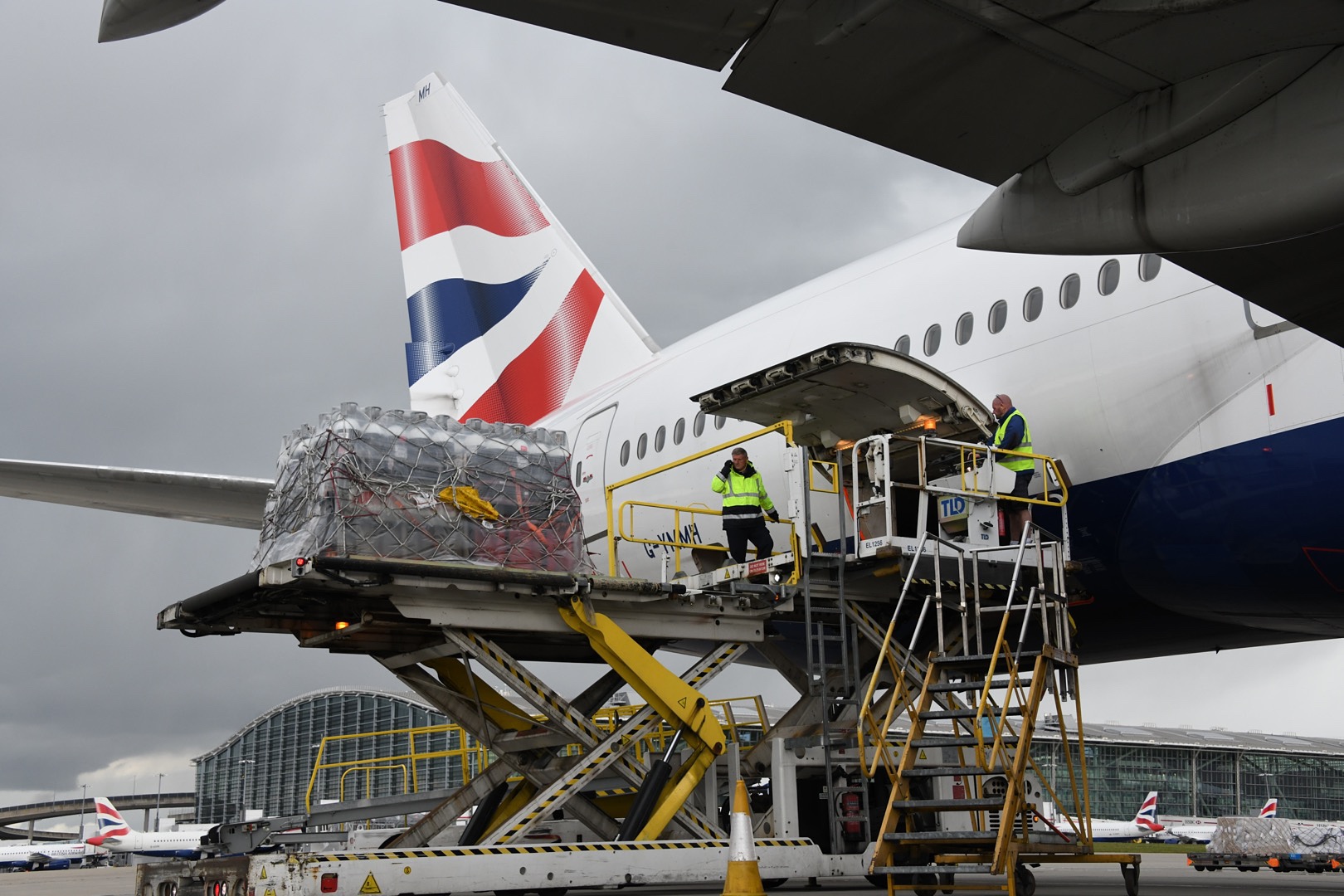 British Airways works in partnership with the Disasters Emergency Committee (DEC), which is organising the UK’s humanitarian response. Saleh Saeed, Chief Executive of the Disasters Emergency Committee, said: “The DEC brings together 14 leading UK aid charities to respond quickly and effectively to disasters, with the fantastic support of partners in the corporate sector, including British Airways. We are hugely grateful to British Airways for springing into action to support our emergency appeals, enabling us to provide life-saving humanitarian assistance to people in India and elsewhere across the world when disaster strikes.”

Captain Minesh Patel, a member of the BAPS Shri Swaminarayan Mandir temple, has been instrumental in helping to organise the flight and is commanding the relief service. He said: “It seemed natural to connect British Airways with the wealth of aid and relief material amassed by BAPS in the UK to enable the medical supplies to reach the organisation’s volunteers in India who can provide relief, medical and social aid to the victims in the worst affected regions.”