Conrad Chairman and CEO Johnny Conrad discussed the significance of the relationship and commented on the synergies between the two companies:

“Our valued relationship began more than 35 years ago, and in that time, we have worked together on several projects including deck barges, anchor barges and dredge support equipment. In addition to those new construction projects, we have done repair and conversion work for GLDD, including the dredge Alaska, which is in our shipyard now for repairs. It is our honor to build this vessel for you.”

“I would like to thank Great Lakes Dredge and Dock for the confidence and trust that you showed in awarding us this project. Your recognition that your workforce is the reason for your success aligns well with Conrad corporate values. I’ve heard my father and our founder, Parker Conrad, say that exact same thing many, many times. It was one of his founding principles.” 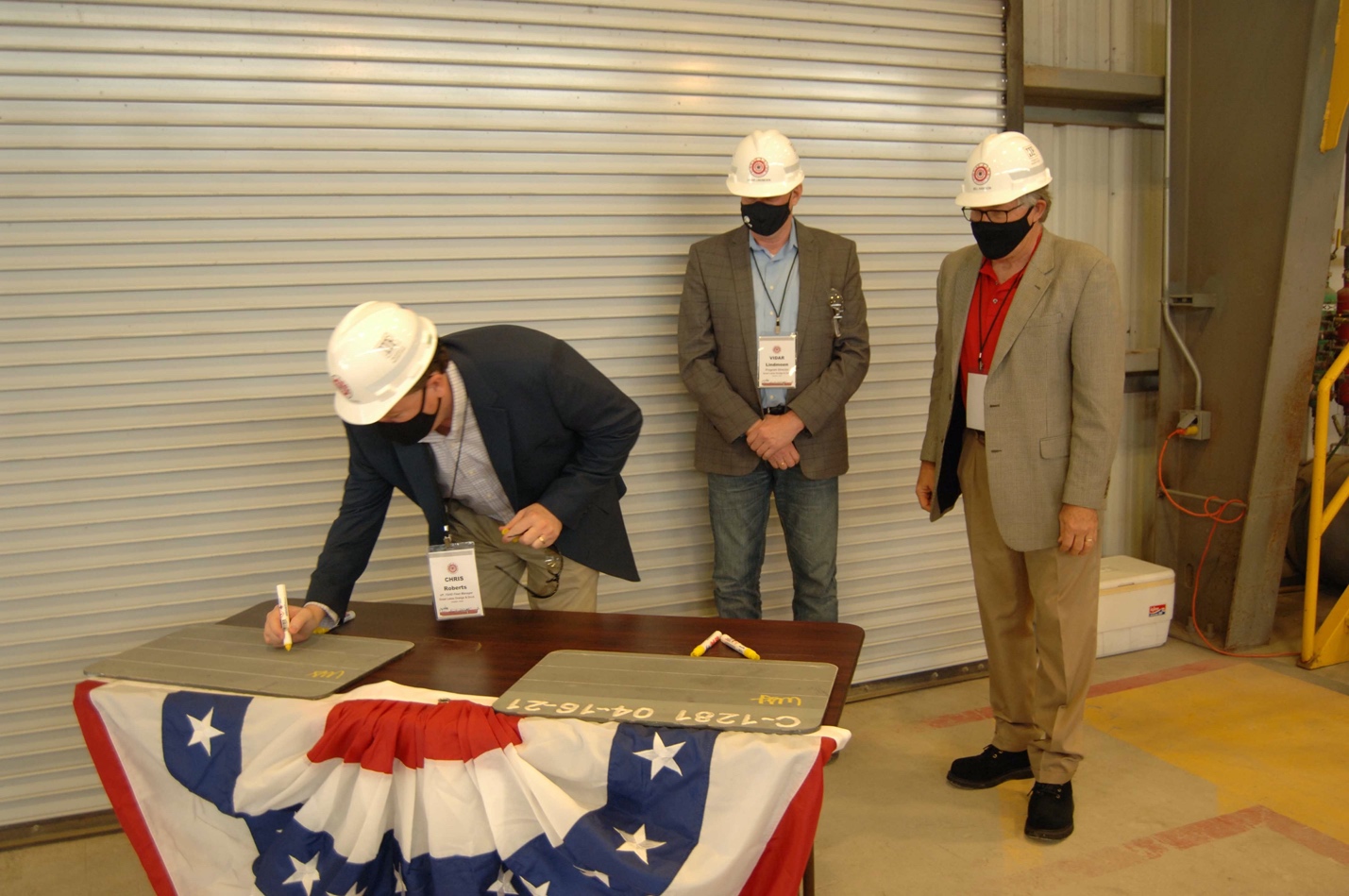 Bill Hanson, GLDD Senior Vice President of Government Relations and Business Development, said that the company has worked off the Louisiana Gulf Coast for more than 80 years. He praised the Conrad workforce for their quality and also Louisiana Lt. Governor Billy Nungesser for his support of the dredging industry and coastal restoration.

Billy Nungesser, Louisiana Lt. Governor, described Conrad Shipyard and Great Lakes Dredge and Dock as two of the finest companies with whom he has ever been associated. He noted that the history of the two companies showed their respect for the environment and pledged his continuing support for coastal restoration and navigable shipping channels.